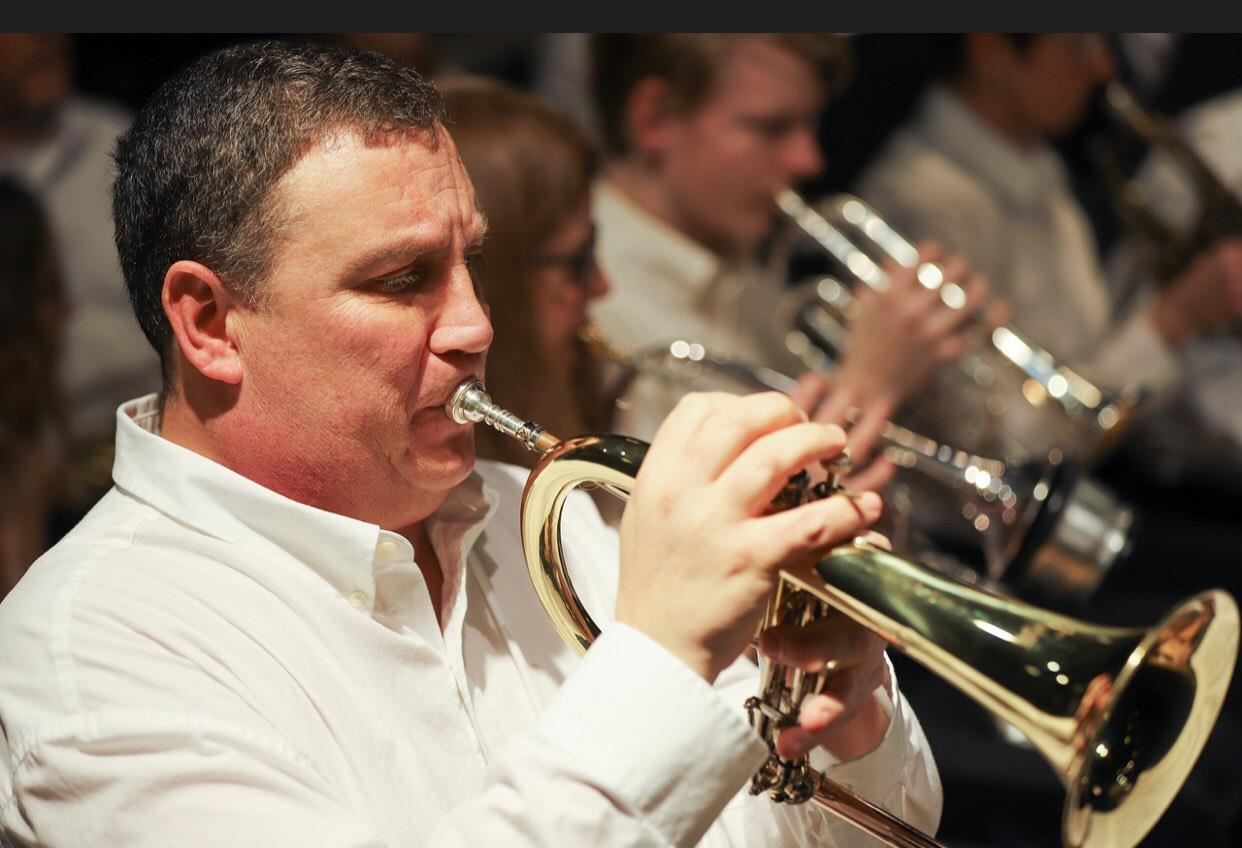 Band: 7, 8
Email:  scott.robinson@usd497.org
Phone:  1-785-832-5450 ext. 4415
Welcome to the BMMS Band Webpage, and I'm looking forward to a wonderful year together!
Parents/Students:  I am excited that you have chosen to be a part of the BMMS Band program!  There is a place for everyone in the Cougar Band!  My goal is that each student has a fun and successful experience while participating in Band.  If you ever have any questions or concerns, please contact me regarding the 7th and 8th grade Band.

A little about Mr. Robinson:

I was born in Fort Riley, KS where my father retired as a Command Sergeant Major.  After graduating from Junction City High School, I earned my Instrumental Music Education Degree, from the Conservatory of Music, at the University of Missouri - KC in 1994.  My first teaching position was 6-12 Band in Iola, KS, where I also conducted the Iola Municipal Band.  In 1998, I moved to Lawrence, and began at South Jr. High, now BMMS.

During that time period, I was a member of the 312th Army Reserve Band, as a trumpet player and conductor at the rank of Sergeant.  I am now performing with: the DeSoto Brass Band, The Lawrence City Band, the New Horizons Band, the Dixieland 6, and preform/conduct with the Junction City Community Band.

I am married to Paige Robinson - the Librarian at Broken Arrow Elementary.  We have three daughters, and one very cute granddaughter.

Teaching has been a Tradition in my family!  Both of my grandparents were teachers in IL.  My sister retired from Fredonia, KS as a P.E. teacher, and my bother is a Tennis Professional in Norman, OK.

I have been teaching for almost 30 years, and for me, one of the best things about being a Band Director is teaching Beginning Band - starting by not knowing how to open the instrument case, to within a few months, preforming a concert!  It is rewarding to be able to see the students advance throughout their time at BMMS.  Thank you for being part of the BMMS Cougar Band!